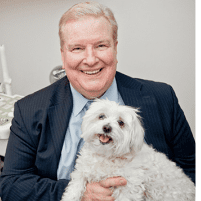 As one of the leading OB/GYNs near west suburbs of Chicago including Oak Park, Dr. Taylor can help women dealing with gynecological cancer. Treatment plans are crafted for each individual patient at Healthcare for Women, located in Oak Park, Illinois.

What is Uterine Cancer?

Uterine cancer is cancer which is located in the uterus or in the endometrium, or lining, or the uterus. Uterine cancer can form in different parts of the uterus including the top or fundus, the middle or corpus, and the bottom which is commonly called the cervix.

What is Ovarian Cancer?

Ovarian cancer refers to the presence of cancerous cells in the area of the ovary. The cells commonly affected are the epithelium, or lining, cells of the ovary. However, cells in fallopian tubes and the cells which line the inside of the abdomen can also be affected.

What is cervical cancer?

What is breast cancer?

Breast cancer is the second leading cause of death from cancer among women in the United States. Breast cancer is a disease where cancerous cells, those that are reproducing uncontrollably, have formed in the tissues in and near the breast. The breast itself is made up of regions called lobes and each lobe branches off into a small section known as a lobule.

What are they symptoms of gynecological cancer?

Cancer of the uterus, cervix, or ovaries can present an array of symptoms including:

Don't ignore these signs and symptoms of Gynecological Cancer in Women. If you experience any of these symptoms, contact Dr. Taylor’s office for an appointment today.

Words from our patients